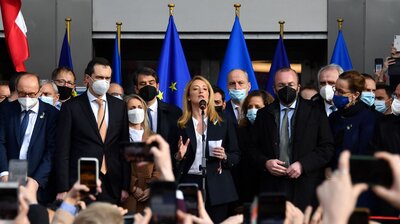 President of the European Parliament Roberta Metsola talks during a demonstration in front of European Parliament on Tuesday, after a special plenary session on the Russian invasion of Ukraine at the EU headquarters in Brussels. John Thys/AFP via Getty Images hide caption 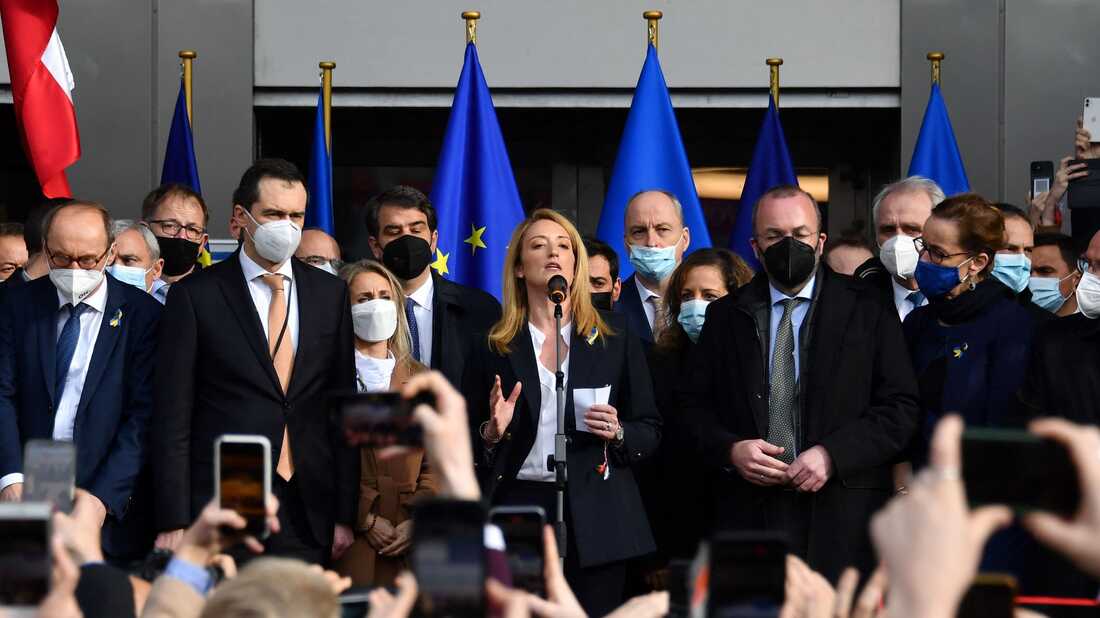 Metsola spoke at the start of a special plenary session on Russia’s wide-scale invasion of Ukraine. Addressing Ukrainian President Volodymyr Zelenskyy — who received a standing ovation when he later appeared by video link — the parliament president extended her gratitude.

“Mr. President, thank you for showing the world what it means to stand up,” she said.

Learn More: Heres What Happened on Day 34 of the War in Ukraine

Metsola pointed out several instances of bravery and resistance shown by Ukrainians. 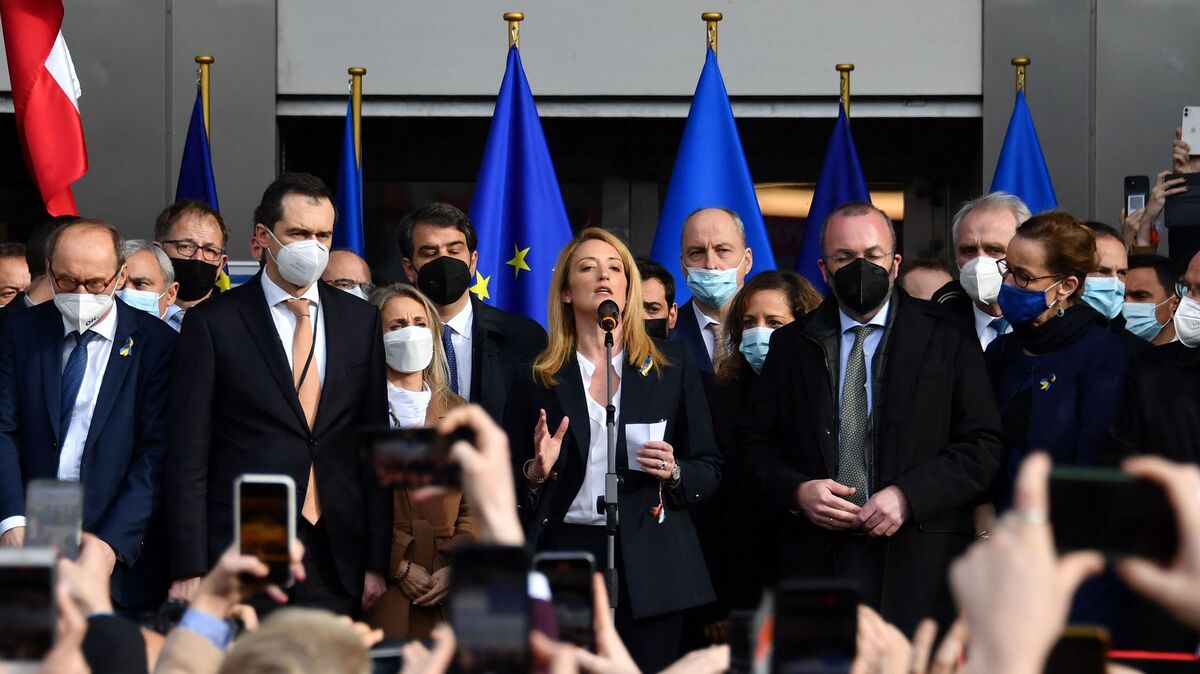 Ukraine wants to join the EU. Here’s how that would work

“They showed the world that our way of life is worth defending. It is worth a cost.” She added, “For us, for the next generation, for all those in Ukraine and around the world who believe in Europe and in our way. For all those who want to be free.”

“This must be our ‘whatever it takes’ moment,” she said, noting the sanctions the EU has enacted, as well as the moves by Ukraine’s neighbors to help people who are fleeing violence.

Some Russian performing artists are speaking out against Putin

Metsola also applauded European countries sending arms and aid to Ukraine, as well as efforts to disengage from Russian oligarchs and propaganda.

Looking to the future, Metsola laid out four goals for the EU:

Singling out social media and big tech companies, Metsola said they should take their responsibilities seriously, adding that it’s not tenable to insist on neutrality when the choice is “between the fire and the fire brigade.”

Learn More: Ukraine will not surrender one inch of land to Russia – the west must understand this