The 1930s were a very controversial period in the history of Ukraine, in which different large-scale events took place: industrialization (accelerated construction of enterprises of heavy and light industries); dekulakization (political repressions against millions of prosperous peasants and their families), collectivization (consolidation of individual landholdings and labor into collective farms) and famine (“holodomor”) in Ukraine (1932-1933); Stalinist repression. All this radically changed the socio-economic relations in the country, millions of people died.

At this time in Western Ukraine, which became part of Poland, the policy of Polonization was carried out, which led to the rise of the nationalist movement. According to the census of 1931, 8.9 million people lived in Western Ukraine, including 5.6 million Ukrainians and 2.2 million Poles. In 1938-1939, the autonomous Carpathian Ukraine within Czechoslovakia, as a result of the Munich Agreement and the division of Czechoslovakia, was captured by Hungary.

According to the Nonaggression Pact between Germany and the Soviet Union and the subsequent Polish campaign of the Red Army, Western Ukraine was joined to the Ukrainian SSR in 1939, as well as Northern Bukovina and the southern part of Bessarabia in 1940.

During the Second World War, the entire territory of Ukraine was occupied by German troops. At the beginning of the war, an attempt was made to create a Ukrainian state under the protectorate of Germany, but the occupation authorities reacted negatively to this idea. As a result, some nationalists, in particular Stepan Bandera, were imprisoned in concentration camps, others continued to cooperate with the Nazis.

Watch more: The Ukraine war in maps: Withdrawal in the north, fighting in the south

During the war years, a partisan movement was widely spread on the territory of Ukraine. Guerrilla groups fighting against the Axis countries were formed at the initiative of Soviet activists. The German occupation of Ukraine was notable for its particular cruelty, especially against the Jews. More than 100 thousand people were killed only in Kyiv (Babiy Yar). Soviet power in Ukraine was restored in 1944.

More than 5 million people in Ukraine died in the war, and about 2 million were moved to Germany for forced labor, about 700 cities and towns, as well as 28,000 villages were destroyed. Over 10 million people were left homeless. The economy suffered heavy damage.

October 24, 1945, when the United Nations was established, the Ukrainian SSR and the Byelorussian SSR, along with the USSR, became members of the General Assembly. In 1945, Transcarpathia was joined to the Ukrainian SSR. 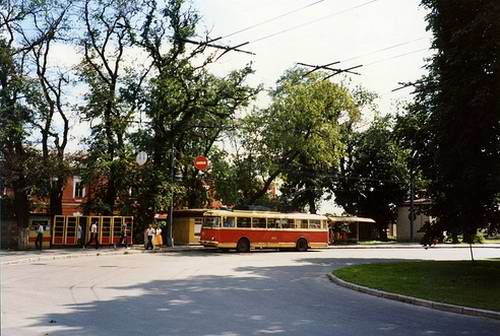 In 1954, the Crimea was transferred from the the Russian SFSR to the Ukrainian SSR mainly to simplify economic relations. Then no one would have thought that the Soviet Union would not last forever and in the future territorial issues could cause conflicts.

Xem Thêm : UP pradhan-student in a spot after her video from Ukraine goes viral

During the 1960s and 1970s, the dissident movement arose that was critical of Soviet policy towards Ukraine. Intellectuals played a leading role in dissent, and Soviet authorities imprisoned thousands of dissidents.

April 26, 1986, the accident at the Chernobyl nuclear power plant located near Kyiv in the town of Pripyat caused radioactive contamination of vast territories and further increased distrust of the Communist party leaders, who tried to hide the fact of the accident.

During Perestroika (reformation attempt within the Communist Party of the Soviet Union), the rise of the national movement began. In 1990, the first democratic elections were held to the Supreme Soviet of the Ukrainian SSR, which adopted the Declaration of Sovereignty of Ukraine.

After the events of August 1991 (the coup in Moscow against Mikhail Gorbachev), August 24, 1991, the Supreme Soviet of the Ukrainian SSR proclaimed the independence of Ukraine and the formation of an independent Ukrainian state (Ukraine), which was later confirmed by a nationwide referendum on December 1, 1991.

Kyiv – the capital of the Ukrainian SSR 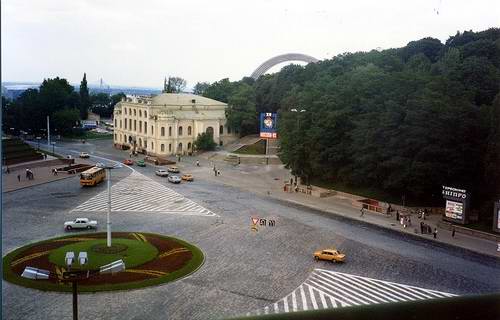