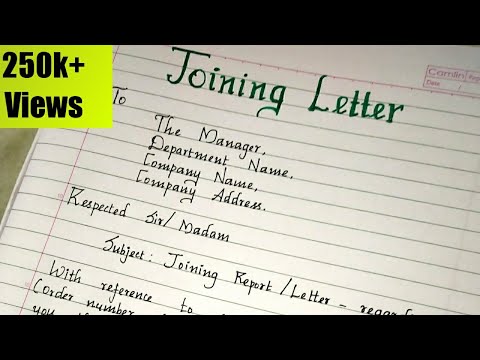 You should spend about 20 minutes on Questions 27-40 which are based on Reading Passage 3 below.

Today, one in every 50 human being is a migrant worker, a refugee or asylum seeker, or an immigrant living in a foreign country. Current estimates by the United Nations and the International Organisation for Migration indicate that some 150 million people live temporarily or permanently outside their countries of origin (2.5% of the world population). Many of these, 80-97 million, are estimated to be migrant workers with members of their families. Another 12 million are refugees outside their country of origin. These figures do not include the estimated 20 million Internally Displaced Persons forcibly displaced with their own country, nor the tens of millions more of internal migrants, mainly rural to urban, in countries around the world.

Increasing ethnic and racial diversity of societies is the inevitable consequence of migration. Increasing migration means that a growing number of states have become or are becoming more multi-ethnic, and are confronted with the challenge of accommodating peoples of different cultures, races, religions and languages. Addressing the reality of increased diversity means finding political, legal, social and economic mechanisms to ensure mutual respect and to mediate relations across differences. But xenophobia and racism have become manifest in some societies which have received substantial numbers of immigrants, as workers or as asylum-seekers. In those countries, the migrants have become the targets in internal disputes about national identity. In the last few decades, the emergence of new nation-states has often been accompanied by ethnic exclusion.

As governments grapple with the new realities of their multi-ethnic societies, there has been a marked increase in discrimination and violence directed against migrants, refugees and other non-national by extremist groups in many parts of the world. The lack of any systematic documentation or research over time makes it unclear whether there is a real increase in the level of abuse or in the level of exposure and reporting. Unfortunately, there is more than enough anecdotal evidence to show that violations of the human rights of migrants, refugees and other non-nationals are so generalized, widespread and commonplace that they are a defining feature of international migration today.

The extent of racial discrimination and xenophobia is often played down and sometimes denied by authorities. Racial discrimination is defined in international law as being: any distinction, exclusion, restriction or preference based on race, colour, descent or national or ethnic origin which has the purpose or effect of nullifying or impairing the recognition, enjoyment or exercise, on an equal footing, of human rights and fundamental freedoms in the political, economic, social, cultural or any other field of public life.

Racism and xenophobia are distinct phenomena, although they often overlap. While racism generally implies distinction based on a difference in physical characteristics, such as skin colour, hair type, facial features, etc, xenophobia denotes behaviour specifically based on the perception that ‘the other’ is foreign to or originates from outside the community or nation. By the standard dictionary definition, xenophobia is the intense dislike or fear of stranger or people from other countries. As a sociologist puts it, ‘xenophobia is an attitudinal orientation of hostility against non-natives in a given population.’

The definition of xenophobia and its differentiation from racism and racial discrimination is a still-evolving concept. One of the regional Preparatory Meetings for a recent World Conference suggested that:

– Racism is an ideological construct that assigns a certain race and/or ethnic group to a position of power over others on the basis of physical and cultural attributes, as well as economic wealth, involving hierarchical relations where the superior race exercises domination and control over others.

– Xenophobia describes attitudes, prejudices and behaviour that reject, exclude and often vilify persons, based on the perception that they are outsiders or foreigners in the community, society or with respect to national identity.

In many cases, it is difficult to distinguish between racism and xenophobia as motivations for behaviour, since differences in physical characteristics are often assumed to distinguish a person from the common identity. However, manifestations of xenophobia occur against people of identical physical characteristics, even of shared ancestry, when such people arrive, return or migrate to states or areas where occupants consider them outsiders.

Complete each sentence with the correct ending, A-F, below.

Write the correct letter, A-F, in boxes 27-30 on your answer sheet.

28 Where racism occurs, the dominant group promotes a hierarchical system in which it

30 Racism differs from xenophobia in that victims of the former

A are always culturally or physically distinct from the perpetrators of the acts of wrongdoing.

B tend to share a likeness with the perpetrators of the crime.

C may still find themselves the victims of xenophobic behaviour.

D has been observed in many different parts of the world.

E will eventually reach a position of total submission.

F has a controlling hand in the affairs of one or more of the other sections of society.

Choose the correct letter A, B, C or D.

31 Which of the following migrants are there more of?

32 The author of the text believes that

A racism is inevitable when people emigrate.

B governments are finding it difficult to stop racism and xenophobia.

C the exploitation of minority groups deters others from migrating.

D xenophobia does not exist within minority groups.

A not all racial abuse cases are documented or looked into.

B the number of migrants is increasing at an alarming rate.

D only serious cases are documented.

A exaggerate the seriousness of the problem.

B create the problem.

C deny there is a problem.

D are eager to solve the problem.

Do the following statements agree with the information given in Reading Passage 3?

35 Most migrants flee their country of origin because of political or social disorder.

36 Most internal migrants leave the countryside for the cities.

37 Governments are often reluctant to acknowledge that racial discrimination and xenophobia exist.

38 Migrants are exploited and abused because they create a sense of insecurity for extremist groups.

39 People who are racist or xenophobic are uneducated and hostile.

40 People returning to their country of ancestry do not face xenophobia.

Learn More: Gap Year After 12th- Is It Worth Taking?