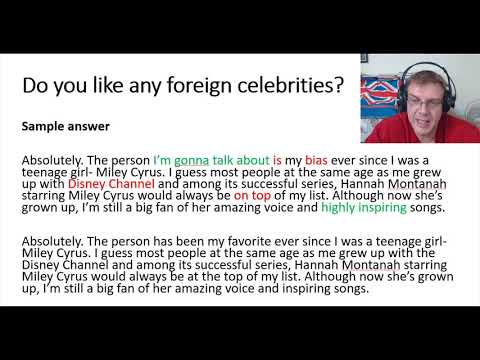 If you have practised for IELTS writing, then you have more than likely encountered the IELTS topic of crime and punishment. I am not talking about the book by Russian novelist, Fyodor Dostoevsky. Instead, I mean the general topic that covers issues relating to crime, criminals, police, the law, and methods of punishing lawbreakers.

This is a pretty common topic in IELTS writing and also in the speaking test, so today I would like to show you some useful vocabulary and also to run through some crime and punishment IELTS essays so that you can better understand this topic.

IELTS Vocabulary for Crime and Punishment

If you want to prepare for the topic of crime and punishment, then you should learn some vocabulary to help you discuss it with ease. A great way to start is to read some news articles about crime. You can try searching your favourite English-language news source. I recommend the BBC, but any high-quality news outlet is fine. You might also find it useful to search Wikipedia for crime-related topics, such as “capital punishment.” These will invariably contain many useful words. For example:

Of course, I usually stress that you should not just learn words in isolation. Try to learn groups of words that commonly go together or longer phrases that might help you. For example, you could learn some adjectives and nouns that go together:

It is also worth noting that the word “criminal” can be a noun or an adjective:

Notice that I am mixing adjectives and nouns to provide more accurate and also colourful language. This is a good way to improve your writing skills – but of course it only helps when the language is used accurately.

Here is a video that I recently made covering the topic of crime and punishment as it relates to IELTS. This includes some useful vocabulary to talk about the court system:

The topic of crime and punishment could be considered quite controversial in some ways. Think about the issues that arise: imprisonment, violence, reforming criminals. These are serious issues that cannot be summed up in short sentences without further justification. As such, this is not a common topic for part one of the speaking test.

Likewise, you probably would not be asked to talk about this for part two. Can you imagine if the cue card said, “Describe a criminal you know?” 🤨 That would not really be appropriate. It has the potential to make people feel embarrassed or ashamed or even to completely draw a blank.

Therefore, crime and punishment mostly arises in part three of the IELTS speaking test. This is where you are asked about bigger issues that require more thought and explanation. These can be viewed as similar to the sorts of question you see in task two of the writing exam.

Here are some example questions and answers from part three of the speaking test:

Xem Thêm : What&039s the Occasion? The Top 10 Types of Events You Can Book Live Entertainment For

Q: Do you think that young criminals should be sent to prison for serious crimes?

A: No, I do not think that it is right to send young offenders to prison. In fact, that seems to be the worst way to deal with them. In any advanced society, juvenile delinquents should be dealt with through education, with the intention of reforming them into law-abiding adults. Sending them to jail or prison simply puts them in contact with other criminals and makes them more likely to commit further offenses.

Q: What do you think makes people commit acts of violent crime?

A: Well, crimes have different motivations. Some are committed out of desperation and others are crimes of passion. In other words, they are spur-of-the-moment offenses that had no forethought. Then there are other crimes that are definitely pre-meditated. These are the worst ones and probably the hardest to pin down in terms of motivation. In any case, it is hard to say what makes people do these things, except that it depends entirely upon the individual case.

Q: Do you think that video games encourage young people to commit crimes?

A: No, absolutely not, and the scientific consensus nowadays appears to back that stance. The idea that video games encourage people to commit crimes is laughable. If this was true, we would have to go and censor TV and books, and even change how we report the news. People who are going to commit crimes do so for a variety of reasons, but to suggest that they do it to imitate a game is quite absurd. If someone really did claim that their crime was inspired by a computer game, they would probably be lying or else they had underlying mental issues that made them particularly susceptible to outside influences.

This topic is much more common in the writing exam than other parts because it requires the expression of complex ideas. As such, you will see many IELTS writing task 2 questions about crime and punishment.

Here is a quite representative task 2 essay question:

Some people think that offenders should be put in prison. Others, however, believe that providing offenders with education and training is more effective than putting them in prison.

Discuss both these views and give your own opinion.

Watch more: Describe a Polite Person Whom You Know

Xem Thêm : Describe a Cafe That You Like to Visit

For thousands of years, people have discussed the different ways of dealing with criminals, and even in the modern era there is a great degree of disagreement on this subject. Some believe that prison is an effective measure, but others argue that education and training would be better. This essay will look at both sides of the argument and then argue in favour of a balanced approach.

For centuries, prisons have been used as a way of both punishing criminals and keeping them away from law-abiding citizens. Although it works as a deterrent and also as a practical means of keeping society safe, it is not without its controversy. For one thing, prisons are notorious hubs of gang activity, and impressionable young lawbreakers can easily be moulded into hardened criminals during a short stint behind bars. Moreover, prisons are violent places where young offenders can be raped, beaten, or even killed during their sentence, and when they are released they carry with them the stigma of their incarceration. This means that they will struggle to return to normal society and, for this reason, recidivism rates can be quite high in some places. Thus, although prisons are an effective means of punishing people and keeping society safe, they are not without substantial problems.

On the other hand, educating and training criminals is controversial because people tend to think of it as overly lenient. Many law-abiding citizens believe that those who break the law should be punished harshly or else there is little reason to adhere to the rules. However, this approach should not be seen as rewarding criminals but rather rehabilitating people who were pushed to extreme actions by their unfortunate circumstances. Statistically, most prison inmates come from backgrounds of poverty and abuse, so giving them a helping hand can be more beneficial than punishing them and then hoping that they do not return to a life of crime.

In conclusion, this is an extremely complex issue that requires serious scrutiny, but it appears as though prison should be reserved only for violent and habitual offenders while the majority of petty criminals should be dealt with through education and training.

Notes on the Answer

There was a lot of great vocabulary in this answer for the purposes of a descriptive and thoughtful essay:

For IELTS writing task 1, it is also possible that you could have to describe data about crime. This is harder to predict because it really could be about almost anything, but here is an example of a line graph about various types of criminal activity:

The line graph shows changes in crime rates over a ten-year period in the city centre of Newport. Three types of crimes are listed, two of which ended the period at roughly similar levels to where they began, and one experienced a major drop.

In 2003, which was the beginning of the recorded period, burglary was the most common type of crime in Newport, with just under 3,500 cases reported. This rose slightly the following year, before entering into a long downward trend, reaching a low of about 1,200 in 2008. After this, the number of burglaries reported fluctuated until 2012.

The number of car thefts was about 2,800 in 2003, and ended the period slightly lower, at 2,700. During the decade-long period, it fluctuated, reaching low points in 2006 and 2008. Car theft was the second most common type of crime in 2003, but the fall in burglaries meant that from 2008 onwards, they were the most common crime in Newport.

Robberies were the least common crime and followed a somewhat similar trend to that of car thefts, starting and ending the period with around 700 incidents. It fluctuated only slightly during the ten-year period.

Learn More: Describe a Cafe You Like to Visit: Lets Elevate the Learning for IELTS Cue Card