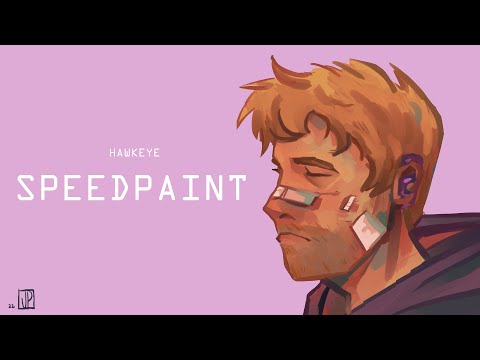 El Matador forced Kate to speak with Derek over the phone, before she started her own escape attempt. It would have failed if not for the arrival of the Avengers. It was a life-changing moment for Kate, as she saw Hawkeye in action and instantly recognized that his immense archery skills gave him a place among Earth’s Mightiest Heroes.

When she was older, Kate was brutally attacked while jogging in Central Park. She never shared the details of the attack with her friends, but the incident galvanized her to begin training in self-defense, combat, archery, and other fighting skills. That practice came in handy on the day of her sister’s wedding. Kate was one of Susan Bishop’s maids of honor when criminals took the entire wedding party hostage during a robbery. The Young Avengers attempted to intervene, but it was Bishop who defused the situation with one of Patriot’s throwing stars.

While Derek demanded that a hospital immediately treat his daughter, Kate was approached by Cassie Lang, the daughter of Ant-Man (Scott Lang). Together, they decided to find the Young Avengers and invite themselves on to the team. Although they initially received a less than enthusiastic response, Bishop was able to contribute to the subsequent battle with Kang after putting together an impromptu costume from several different Avengers uniforms. After the fight, she and Cassie officially joined the team.

Much to the amazement of her new teammates, Kate refused to back down when Captain America and Iron Man ordered the Young Avengers to break up. Instead, she used her family’s wealth to finance the team and buy them new costumes while operating out of a warehouse formerly used by her father’s company. When Patriot was injured, Kate pushed back against Captain America and said it wouldn’t have happened if he had helped train them. Cap decided that Kate was right and sent her a personalized note addressed to “Hawkeye” along with the bow and arrows that once belonged to Clint Barton.

During the first Super Hero Civil War, Kate and the Young Avengers sided with Captain America’s anti-registration faction. Following their defeat and Cap’s subsequent assassination, Kate had her first interaction with Clint Barton since she was a child. Iron Man had offered Clint the opportunity to be the next Captain America, but Kate angrily berated him for taking Cap’s costume and shield. Kate didn’t know she was talking to her predecessor when she said she would give up the name if the original Hawkeye was still alive, and that wearing another hero’s costume was disrespectful.

Clint decided that Kate was right and returned the Captain America outfit to Tony Stark. The next time he approached Kate, Clint put on his Ronin costume and crashed her awkward date with Patriot. Kate quickly realized that it was a test instead of a real fight, before Barton gave her the temporary address of the New Avengers’ headquarters. Later, Clint formally introduced himself to Kate and offered her a chance to keep his Hawkeye bow and arrows and the codename if he couldn’t make an impossible shot. However, Clint easily made it and Kate sadly relinquished everything she had for Hawkeye.

Kate’s teammate, Speed, helped her realize that this was another test. To get her weapons back, she simply broke into the Avengers headquarters and took them. Clint immediately realized what had happened and he was proud of the way she handled it. He let Kate keep the Hawkeye name and his equipment, while also gifting her with a portrait of his first Avengers team.

Clint and Kate crossed paths again during the Skrulls’ Secret Invasion. During the final battle, Kate was knocked unconscious. Clint took the opportunity to pick up her bow and arrow and continued fighting with his familiar weapons. While Clint retained his Ronin persona through the end of Norman Osborn’s Dark Reign, he reclaimed his codename after the Siege of Asgard. However, Clint told Kate that the world was big enough for two Hawkeyes, and told her to keep the moniker as well.

Alongside the Young Avengers, Kate discovered the fate of Scarlet Witch after she ended the House of M reality. The team was accidentally able to rescue Cassie’s father, Scott Lang, from the moment of his death. But when Scarlet Witch’s enhanced powers were stolen by Doctor Doom, Cassie was killed during the ensuing battle. Kate mourned the loss of her friend along with the rest of her team, but Iron Lad refused to accept Cassie’s death and retreated into the timestream. Sometime later, Cassie was resurrected as well.

Clint took Kate on as his unofficial partner as they clashed with mob bosses and low-level crooks. Kate earned the undying enmity of Madame Masque when she knocked her out and stole her costume to help Clint get out of a tight situation. But eventually, their partnership soured and Kate decided to leave Clint behind and move to Los Angeles. She soon learned that her father had cut off her access to his money, forcing her to make a living as a private investigator/Super Hero.

While living in Los Angeles, Kate discovered that her father had ties to Masque’s criminal organization. Kate returned to New York and re-teamed with Clint to take on the Russian Mafia, as her own father and other criminals put a hit out on both Hawkeyes. After surviving that crisis, Kate and Clint took on a mission for S.H.I.E.L.D. to retrieve a deadly weapon from Hydra called Project Communion. When the weapon turned out to be three deformed Inhuman children, the Hawkeyes freed them before discovering just how deadly the kids could be.

Although the Project Communion kids slaughtered the Hydra agents, neither Kate nor Clint felt comfortable leaving them under S.H.I.E.L.D.’s supervision. The Hawkeyes broke the kids out of S.H.I.E.L.D., but Clint unilaterally decided to let Hydra recover the children when he realized that they had very little control over their dangerous abilities. That choice alienated Kate from Clint and they went their separate ways. Eventually, Clint apologized to Kate for making the wrong call and asked for her help. Together, the Hawkeyes conned S.H.I.E.L.D. into believing that the Project Communion children were accidentally killed. In reality, they arranged to hide them on a remote island with Barney (Clint’s brother) and his family.

The second Super Hero Civil War also tested Kate’s bond with Clint when he killed Bruce Banner before he could become the Hulk. Kate took that as a betrayal and felt angry that her codename was linked to his actions. She ultimately sided with Iron Man’s side and opposed using the Inhuman Ulysses’ visions as a justification for incarceration or even murder.

After the conflict was over, Kate once again moved to Los Angeles and opened Hawkeye Investigations. While Kate intended to help her potential clients, her real mission was to find her father and determine whether he killed her mother. Following the conclusion of Kate’s first case, she received an enigmatic invitation from Madame Masque that led Kate right to her father, who was now in a younger cloned body with powers.

Kate’s encounter with Derek led her to believe that her mother might still be alive, but first she had to escape from Masque’s clutches while she briefly took over Bishop’s life. Clint came to town to ask Kate for her help with someone trying to kill him. The Hawkeyes discovered that the would-be killer was Eden Vale, who blamed Clint for the loss of her daughter during the Secret Empire’s reign.

Eden attempted to recruit Kate’s assistance by using her power to pull the younger Hawkeye’s mother from the past to the present. Kate refused, and told Eden that Clint was her family. Barton’s attempt to pit Masque against Eden spectacularly backfired, as they teamed up against the heroes. Kate actually had to rescue her father and ask for his help dealing with the situation. Derek lived up to his word, but he slipped away soon after.

The Hawkeyes were eventually able to talk Eden down, while Masque and her men escaped. One of Masque’s partners revealed that she is Eleanor Bishop, and she is still very much alive in the present. Kate Bishop has no idea how close her mother actually is, but she will probably find out somewhere down the line.