The E-2C Hawkeye aircraft supplied by Northrop Grumman is an all-weather airborne early warning aircraft to the naval task force.

Operating from an altitude more than 25,000ft high, the Hawkeye alerts the naval task force to approaching air threats, while also providing threat identification and positional data to fighter aircraft such as F-14 Tomcats. Secondary roles include strike command and control, surveillance, the guidance of search and rescue missions and as a relay to extend the range of communications.

The E-2C became operational in 1973. Featuring an improved engine and radar, the Block II aircraft entered service in 1992 and final delivery took place in 2001.

As well as the US Navy (USN), the E-2C aircraft is in service with the navies of Egypt, France, Israel, Japan, Singapore and Taiwan. Three ex-Israeli Air Force E-2C aircraft were sold to the Mexican Navy, with the first two delivered in June 2004 and the third in November later that year.

Deliveries totalled more than 180 for the USN and over 30 for other nations. Six E-2C Hawkeye aircraft are deployed by the US Naval Reserve for drug interdiction and homeland security operations.

The aircraft is operated by a crew of five, with the pilot and co-pilot on the flight deck and the combat information centre officer, air control officer and radar operator stations located in the rear fuselage directly beneath the rotodome.

The fuselage is designed for carrier operations. It is fitted with a nose-tow catapult attachment for accelerated carrier take-off, an A-frame arrester hook for engagement of the arresting gear and a tail bumper to withstand impact or scraping on the runway.

For storage in the hangar, the wings fold hydraulically to lie flat to the fuselage. The fuselage is made of light metal and parts of the tailplane are of a composite structure to reduce radar signature.

The large, 24ft diameter, circular antenna radome above the rear fuselage gives the E-2C its distinctive profile. The radome houses the AN/APA-171 antenna supplied by Randtron Systems, which rotates at 5rpm to 6rpm.

The E-2C was originally fitted with two Allison T56-A-425 turboprop engines, but since the introduction of E-2C Group I variants, T56A-427 engines with 3,800kW of output power were fitted.

With the new engines, the E-2C can cruise on station for more than four hours up to 200 miles away from its base.

The Hawkeye 2000 made its first operational deployment in 2003 on USS Nimitz in support of Operation Iraqi Freedom. Northrop Grumman is also upgrading a number of USN aircraft to Hawkeye 2000 configuration.

One aircraft was delivered to the French Navy for operation on the Charles de Gaulle carrier, while two E-2Cs already delivered were upgraded to the 2000 standard. In April 2007, France requested the foreign military sale (FMS) of an additional aircraft.

The French government requested an FMS with the US Government in October 2011 for the upgrade of four E-2C Hawkeye at a cost of $180m. Northrop Grumman is the prime contractor in the upgrade programme.

Two Hawkeye 2000 aircraft were delivered to Taiwan in 2004 and 2005 respectively, joining a fleet of four E-2Cs. The designated E-2K aircraft entered service in April 2006.

The Japanese Air Self-Defence Force also upgraded its 13 Hawkeye aircraft, with the first delivered in early 2005. In December 2007, the UAE made a request to purchase three upgraded E-2C aircraft.

The MCU is based on open architecture commercial off-the-shelf technology with increased memory and faster processing.

The CEC consists of a processor, the data distribution system and antenna, enabling Hawkeye 2000 to perform real-time battle management, fusing and distributing information from sources such as satellite and shipborne radar.

The Advanced Hawkeye will replace all 75 USN E-2C aircraft. The aircraft began full system development and demonstration in August 2003, and in July 2007, Northrop Grumman was awarded a pilot production contract for three aircraft for delivery in 2010. The E-2D was rolled out in May 2007, making its maiden flight in August that year.

Operational assessment was completed in November 2008, followed by transfer to US Navy Patuxent River, Maryland, for carrier testing and sea trials. The first E-2D was delivered to the US Navy in July 2010.

The US Navy awarded a $432m low-rate production contract for four aircraft in June 2009. The first E-2D Advanced Hawkeye production aircraft was delivered to the US Navy in July 2010. The aircraft completed the first carrier landing on the USS Harry S Truman (CVN 75) in February 2011.

The US Navy awarded a $795m contract to Northrop Grumman in August 2011 to design, manufacture and supply five LRIP E-2D Hawkeye aircraft, as well as long-lead materials.

The Indian Navy is in discussions with Northrop Grumman to acquire six aircraft, after receiving approval from the US Government in August 2009.

Northrop Grumman received a $617m contract from the US Navy in August 2013 to manufacture and deliver five E-2D Advanced Hawkeye aircraft under Lot 1. The US Navy placed a $226.7m order for an in-flight refuelling system in January 2014.

The preliminary design review of the aerial refuelling system was conducted in September 2014. The in-flight refuelling capability will extend mission endurance by up to nine hours.

In June 2014, Northrop Grumman was awarded a $3.6bn multi-year contract to deliver 25 new E-2D Advanced Hawkeye aircraft for the US Navy.

The US Navy awarded a five-year contract worth £3.2bn for the delivery of 24 E-2D Advanced Hawkeye aircraft in April 2019.

The Defense Ministry of Japan ordered an E-2D Advanced Hawkeye aircraft under the FMS programme in January 2015, before requesting one additional aircraft in August the following year with a $163m order.

Japan awarded a $3.35bn contract to Northrop Grumman for the delivery of nine E-2D Advanced Hawkeye aircraft in September 2018, with the first of is the fleet expected to be delivered by the end of 2019. 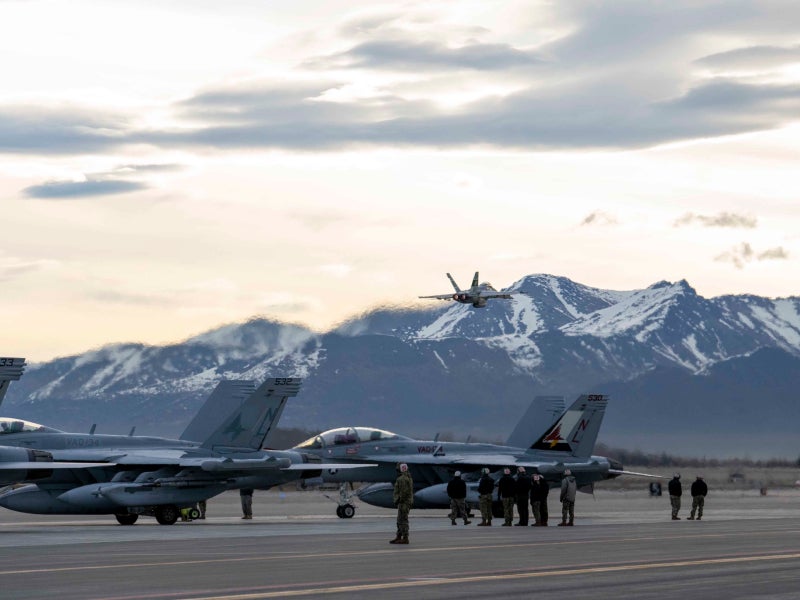 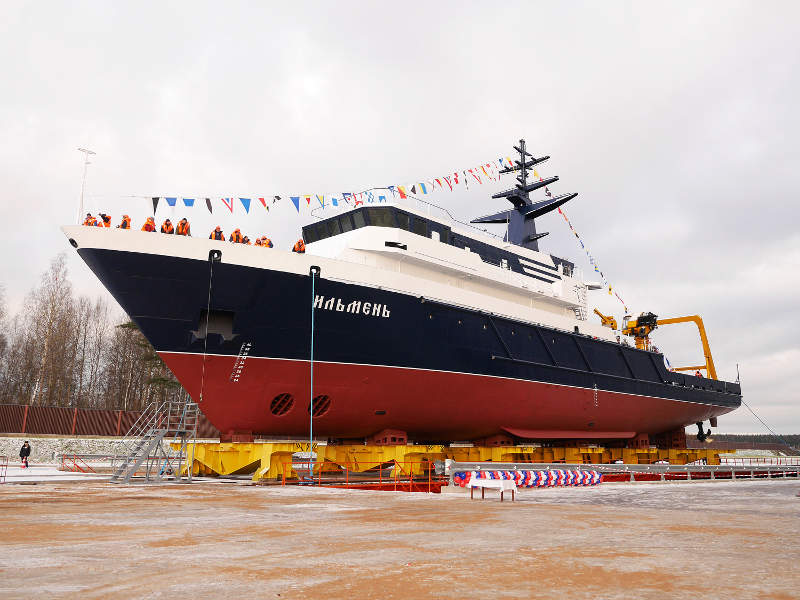 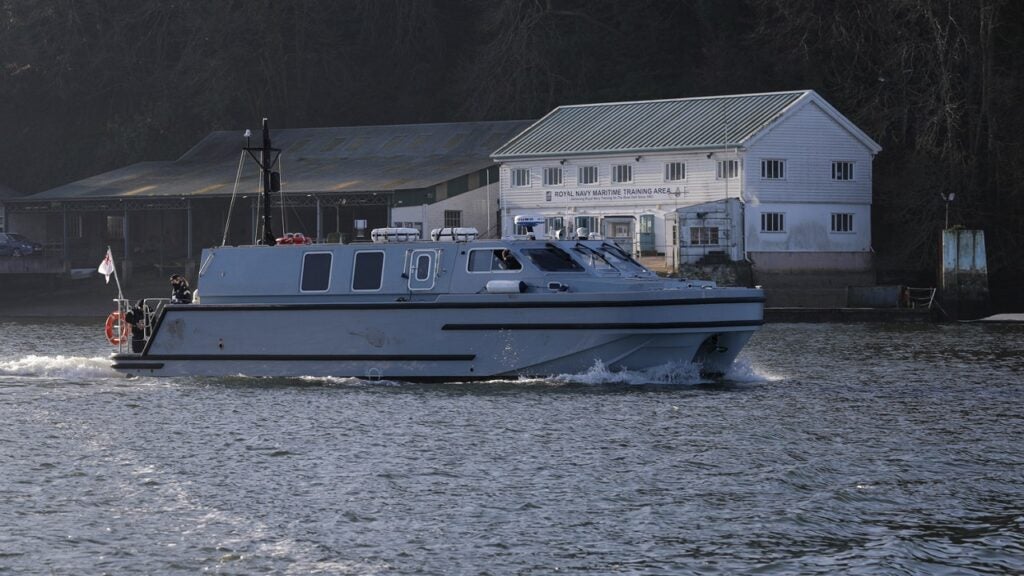