Today we were delighted to see the Cambridge family Christmas card photo pop up on social media. The photo was shot during a family trip to Jordan, as noted in the news release. Jordan makes sense as a vacation spot, as the Middleton family lived there for about two-and-a-half years in the mid-80s when Michael Middleton worked as a manager for British Airways. There is a well-known family photo that was taken at the Jerash archaeological site near Amman. In 2018 Prince William visited the exact place where Michael, Kate, and Pippa Middleton posed for that picture. The Prince is seen below at the site with Crown Prince Hussein of Jordan. 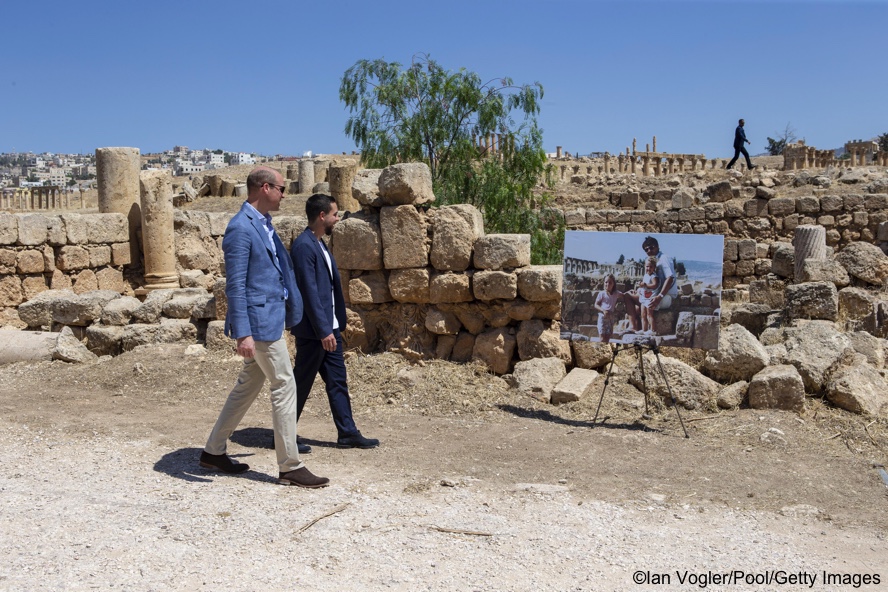 On the right in the photo above, you can see an enlargement of that Middleton family photo. Learn More: IFI | IELTS IDP or IELTS British Council, Which One is the Best for IELTS Test

The Prince posed in the exact spot where the Middletons posed in the 1980s, but unfortunately, I do not have a copy of that image that I can license. The Duchess wore what looked like her Marguerite Blouse by Sezane and a maroon sweater.

In 2019 there was one photo released without the Duchess because she took the photo. A more formal photo was used on the family’s 2019 cards. (The following image was not released by the Palace but posted on social media by someone who received the card.) In this image, the Duchess wore a dress by Boden, the British retailer’s Aurora Wrap Dress. In 2017 a formal posed image was used for holiday cards taken by Chris Jackson, Getty’s royal photographer. The Duchess is seen wearing a Catherine Walker suit first worn during her solo trip to the Netherlands in October 2016. Xem Thêm : History of A Festival of Nine Lessons and Carols

For their 2016 Christmas cards, as well as thank you notes, the family used a picture from a children’s party held during their September 2016 Canada tour. The Duchess wore a See by Chloé dress in that picture. The first time the family released an official photo for Christmas was in 2015, sharing an image with a very young Princess Charlotte and older brother Prince George, taken by Chris Jelf at Kensington Palace. I don’t believe we definitively identified the shirt or sweater seen in this image. For the 2014 holiday season, the family released a series of pictures showing a jolly-looking Prince George on the steps of Kensington Palace. They were taken by Edward Lane Fox, Prince Harry’s former private secretary. Now for our look at what Kate wears in the new photo. She is in an olive green dress that looks like it may be done in broderie Anglaise, one of her favorite fabrics. It also appears the garment has applied lace in places. It looks like a modified shirtwaist with a button front, vee neckline, and three-quarter sleeves. The dress hasn’t yet been identified, but I will be able to look for it later this afternoon once I have the What Kate’s Kids Wore post up.

With thanks to the eagle-eyed Royal Wikipedia on Twitter, the Duchess appears to be wearing a pendant that dates back to at least 2005. It is a Dallah, a traditional Arabic coffee pot, as pointed out by Couture and Royals. In this photo from the Festival of British Eventing at Gatcombe in August 2005, you can just make out the necklace. Great sleuthing by the savvy women on royal fashion Twitter today! I will update the dress as soon as I have more info. To see details on what Prince George, Princess Charlotte, and Prince Louis are wearing, pop over to our latest What Kate’s Kids Wore post.