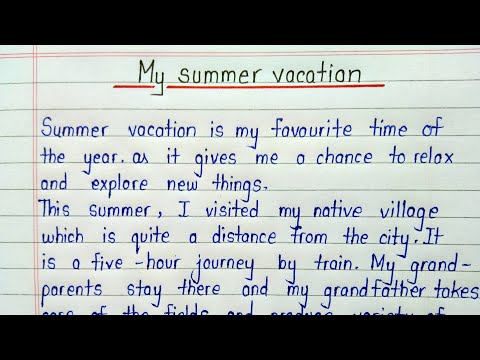 Bondi Beach is one of Australia’s most well-known beaches and among the world’s most famous. Bondi Beach is located in a suburb of Sydney, 7 kilometres east of the Sydney central business district. Bondi is said to be a corruption of an Aboriginal word boondi meaning water breaking over rocks. It has been spelt a number of different ways over time, e.g. Boondi, Bundi, Elundye. The Australian Museum records that Bondi means a place where a flight of nullas took place. The current spelling was accepted in 1827.

Aboriginal people occupied many sites in the area now known as Waverley in the period before European settlement. There v/ere numerous recorded sightings during the early colonial period and there are significant aboriginal rock carvings, including rough carvings of fish or fishes on the cliffs. The indigenous people of the area, at the time of European settlement, have generally been referred to as the Sydney people or the Eora, which means “the people”. There is no clear evidence for the name or names of the particular band or bands of the Eora that roamed what is now the Waverley area. A number of place names within Waverley, most famously Bondi, have been based on words derived from Aboriginal languages of the Sydney region.

Formal European settlement goes back to 1809, when the early road builder, William Roberts received a grant of 81 hectares from Governor Bligh, of what is now most of the business and residential area of Bondi Beach. In 1851, Edward Smith Hall and Francis O’Brien purchased 200 acres of the Bondi area that embraced almost the whole frontage of Bondi Beach. Between 1855 and 1877 O’Brien purchased Hall’s share of the land, renamed the land the “O’Brien Estate”, and made the beach and the surrounding land available to the public as a picnic ground and amusement resort. As the beach became increasingly popular, O’Brien threatened to stop public beach access. However, the Municipal Council believed that the Government needed to intervene to make the beach a public reserve. However, it was not until June 9, 1882, that the NSW Government acted and Bondi Beach became a public beach.

In the early 1800s swimming at Sydney’s beaches was a controversial pastime. In 1803, Governor Philip King forbade convicts from bathing in Sydney Harbour because of “the dangers of sharks and stingrays, and for reasons of decorum”. But by the 1830s sea bathing was becoming a popular activity, despite being officially banned between 9:00 a.m. and 8:00 p.m. During the 1900s these restrictive attitudes began to relax and the beach became associated with health, leisure and democracy. Bondi Beach was a working-class suburb throughout most of the twentieth century with migrant people comprising the majority of the local population. The first tramway reached the beach in 1884 and the tram became the first public transportation in Bondi. As an alternative, this action changed the rule that only wealthy people could enjoy the beach. By the 1930s Bondi was drawing not only local visitors but also people from elsewhere in Australia and overseas.

The increasing popularity of sea bathing during the late 1800s and early 1900s raised concerns about public safety. In response, the world’s first formally documented surf lifesaving club, the Bondi Surf Bathers’ Life Saving Club was formed in February 1906, the first club house being a simple tent in the dunes. This was powerfully reinforced by the dramatic events of “Black Sunday” at Bondi in 1938. Some 35,000 people were on the beach and a large group of lifesavers were about to start a surf race when three freak waves hit the beach, sweeping hundreds of people out to sea. Lifesavers rescued 300 people, the largest mass rescue in the history of surf bathing.

Bondi Beach is the end point of the City to Surf Fun Run, the largest running event in the world, which is held each year in August. Australian surf carnivals further instilled this image. Particularly popular during the inter-War years and immediately after World War ll, these displays of pageantry, discipline, strength and skill drew large crowds and even royal attention. A Royal Surf Carnival was held at Bondi Beach for Queen Elizabeth 11 during her first tour to Australia in 1954. In addition to many activities, Bondi Beach Market is open every Sunday. Many wealthy people spend Christmas Day at the beach. However, a shortage of houses occurs when lots of people rushed to the seaside. Manly is the seashore town which solved this problem. However, people still choose Bondi as their destination rather than Manly.

A commercial retail centre is separated from Bondi Beach by Campbell Parade, and Bondi Park, featuring many popular cafes, restaurants, and hotels, with views of the beach. The valley running down to the beach is famous over the world for its view of distinctive red tiled roofs. These architectural styles are deeply influenced by the coastal towns in England. In the last decade, Bondi Beaches’ unique position has seen a dramatic rise in svelte contemporary houses and apartments to take advantage of the views and scent of the sea. Bondi Beach hosted the beach volleyball competition at the 2000 Summer Olympics. A temporary 10,000-seat stadium, a much smaller stadium, 2 warm-up courts, and 3 training courts were set up to host the tournament and only stood for six weeks. The stadium had uncovered seating around three sides, and a partly covered stand on one side. Campaigners opposed both the social and environmental consequences of the development. “They’re prepared to risk lives and risk the Bondi beach environment for the sake of eight days of volleyball”, said Stephen Uniacke, a construction lawyer involved in the campaign. Other environmental concerns include the possibility that soil dredged up from below the sand will acidify when brought to the surface.

Xem Thêm : What To Say To Someone Who Has Betrayed You?

2 Bondi Beach was not a public gathering area at the beginning.

3 Sea bathing was considered to be beneficial for physical health during the early 1900s.

5 Bondi Beach was partly damaged due to the construction of the volleyball stadium.

Choose NO MORE THAN TWO WORDS AND / OR A NUMBER from the passage for each answer.

6 Which public transport did people take to go to Bondi in the late 19th century?

7 When did British Royalty first go to Bondi?

9 Apart from their social activities, what were local people worried might be ruined when the stadium was constructed?

Complete the summary below.

Choose NO MORE THAN TWO WORDS from the passage for each answer.

There ate all sorts of sport held at Bondi Beach every year, which attract lots of 10……………….. to go there on their vacations. However, the accommodation is not sufficient and the nearby city 11……………….. has become the supplementary. As a matter of fact, 12 ……………….. is still the best choice for residents. The buildings along the valley to Bondi are famous for their coloured 13……………….. and their European style.

Xem Thêm : Describe the hotel you were staying