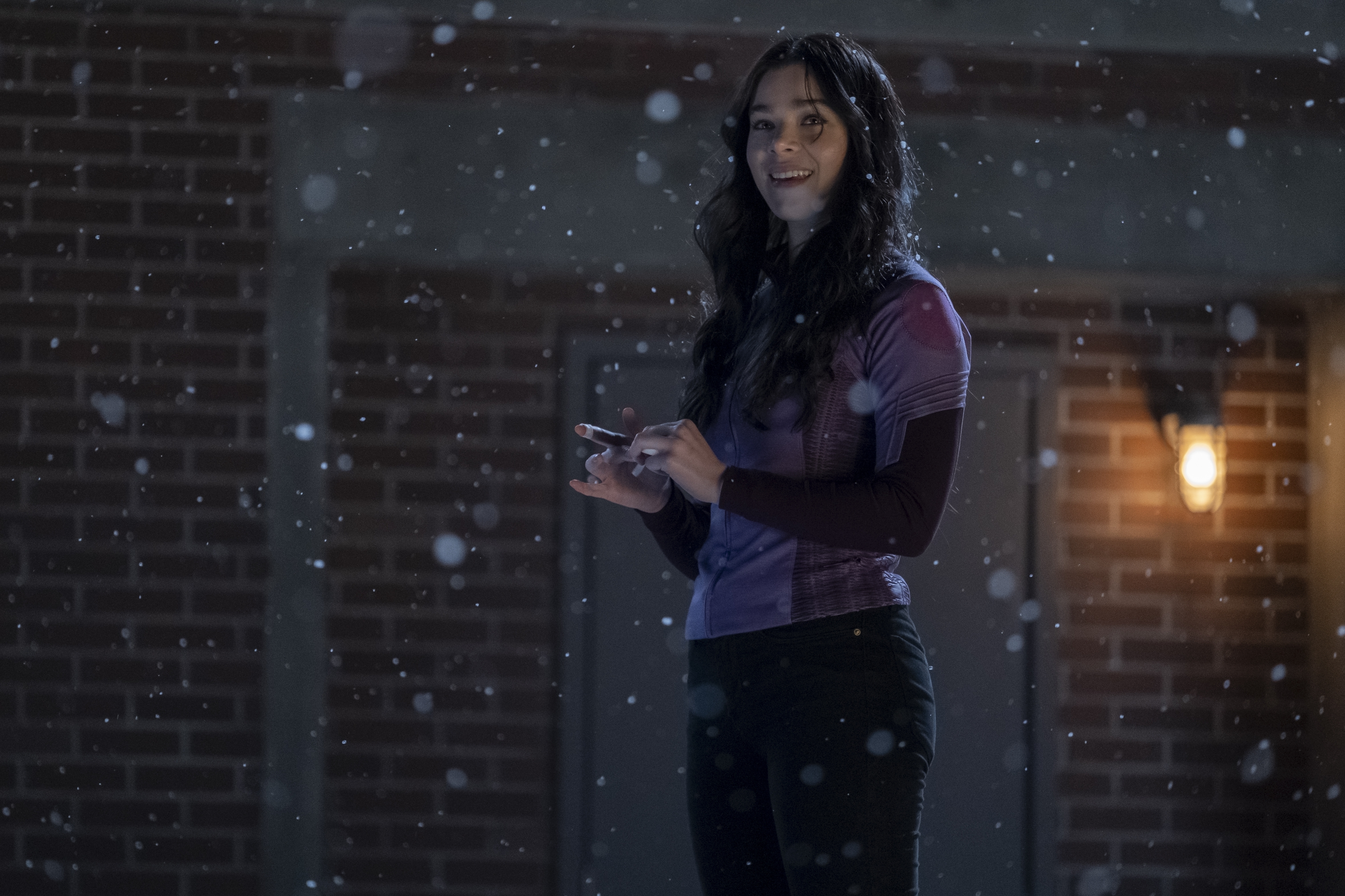 The different threat levels in One-Punch Man, sometimes also called danger levels or disaster levels, are interesting in many ways. Saitama may One Punch all of them, but when he is not around the system is very relevant. Relevant does not mean flawless though.

Although monsters (wolf – tiger – demon – dragon – god) and heroes (S – A – B – C) have different ranking systems, both systems are closely intertwined. Depending on the threat level of a monster, a certain number of heroes from a specific class are dispatched.

On the right you can see what a bear looks like in the world of One-Punch Man.

Wolf level threats are the weakest monsters. They are defined by the Hero Association as posing a threat, but not to the extent of endangering a large number of people. This is later agreed on by Child Emperor, who mentions that a sufficient amount of “normal” people with the right equipment can dispose of them.

When a wolf level threat monster appears, the Hero Association dispatches at least 3 C level heroes or a single B (or above) level hero.

Examples of wolf level threats are the Tongue Stretcher (the monster intimidated by King), a hot dog monster or a gigantic piggy bank come to life. They are stronger and faster than the normal human, but not immediately life-threatening against groups.

As C class heroes cannot reliably take out even weaker monsters by themselves, it is possible to question their worth. It is worth noting though that even the average C class hero has the strength of five regular people. They can take care of a lot of “normal” crime (robberies etc.) on their own. They are also of great value against weaker monsters when working together with traditional law enforcement or even normal citizens.

The Tiger disaster level is defined by the Hero Association as posing a danger to a large number of people. The equivalent of a threat level Tiger monster is either five B class heroes or one A class hero (or above).

Examples of Tiger level threats are Crablante, the House of Evolution’s Frog Man and Ground Dragon, Octopus Claw Man (who gave King his scar). Gouketsu’s disciples who turned into Crow Monsters are examples of stronger Tiger levels. Individually they can be defeated by stronger A class heroes, but together they form a Demon level threat.

Demon disaster level monsters are capable of posing a danger to a city on their own. The normal response to a Demon threat level appearing is to send an S class hero. If this is not possible, however, a group of no less than ten A class heroes are also stated as being able to deal with Demon level monsters.

Examples of Demon level threats are Deep Sea King, Do-S and Senior Centipede (the Centipede monster defeated by Metal Bat, not to be confused with the Dragon Level Elder Centipede).

The Hero Association seems fairly confident sending in Tatsumaki or King in on their own. They also have faith that Blast would be able to take on any Dragon level threat (they even seem to think he would save them from God level threats) but do not have

the ability to summon him. Apart from this, a lot seems to depend on relative hero strength, how high on the Dragon scale the monster is and the exact matchup.

A God level disaster is a monster that poses a threat to the survival of humanity. Although we have yet to see an official appearance, there are several candidates for this. Most of these count as spoilers from the Manga and webcomic and are marked as such. You have been warned.

Boros may be a God level threat. This is under discussion though (see below).

Whatever the “great danger” fortune teller Shibabawa warned about could be a God level threat. It is unclear what exactly her prophecy is though. It could be she was talking about Boros, it could be about something that is yet to happen. There has been no confirmation yet. Below you can find some additional webcomic information. To see those possible spoilers, highlight this sentence and scroll down:

Garou could be considered a God level threat when fully evolved. In fact, he himself refers to himself and his advanced techniques as such. This discussion is similar to the discussion regarding Boros (see below), as ONE has mentioned he does not know who would win between Garou and Boros.

Perhaps the biggest candidate for a God level threat is the being that gave Homeless Emperor his powers. The being seems to in fact be called God.

It would be a mistake to think that all heroes and all monsters belonging to the same class are comparable in strength. There is a huge gap between the minimum requirement to reach a rank and the strongest members of said ranks.

That does not change the fact that in general, a single class hero would suffice to deal with a single Demon level threat. Puri Puri Prisoner could defeat most Demon level threats even at that point at the story and most S class heroes could have defeated the Deep Sea King.

We see the same phenomenon in other classes as well. While you would need ten class A heroes to defeat a Demon Level in general, Stinger and Lightning Genji took a weaker one down with just the two of them. In Class B, the weaker level heroes can barely beat a Wolf level monster, while the stronger ones pose a danger to Garou when in a group. Weaker C class heroes can barely stand up to the weakest monsters, while stronger ones defeat whole bandit groups.

Following the official definition of threat levels, a God level threat poses a threat to the whole of humanity. This is a danger level Boros objectively possesses, as his stronger attacks are capable of wiping out the surface of the whole planet.

ONE has however mentioned that Boros’ threat level would be “above Dragon”. That wording, rather than just calling Boros a God level threat, has caused quite some discussion in the community. Part of the community assumes that ONE means Boros IS a God level threat, as there is nothing else above the level of Dragon. Another part of the community thinks the wording is deliberate and that Boros is not quite at God level and that the term is reserved for even stronger monsters.

My personal opinion is that Boros indeed qualifies as a God level threat. That doesn’t mean that no stronger threats can come along later. Of course you are free to think differently. Both viewpoints have their merits, I am simply listing the relevant information about this discussion.

There are many reasons why the threat level system is flawed. Here are a few main examples:

1) The hero association operative may misjudge the threat level. Strong looking monsters are not necessarily formidable, while smaller monsters can be extremely dangerous. The personality of different monsters contributes to this as well. Some monsters try to boast about their strength, others deliberately hide it as a trap.

2) Hero association operatives depend on heroes on the scene to update/correct disaster levels. Heroes are individuals with their own agenda, however. They will often exaggerate threat levels of monsters they encounter in hopes of a promotion. As a side note, braver heroes will also often try to take on monsters above their level for this reason.

3) Threat levels do not take into account the context. This may lead to sending a hero that is a poor matchup for that particular monster or the environment.

Child Emperor created a mask he calls Okame-chan. When wearing this mask, Child Emperor can get a reading on the strength level of both heroes and monsters. The goal is to be able to have a quicker and more reliable way of determining threat levels. This device has several issues of its own though:

3) There are bottom and upper levels for readings. King and Saitama could not be read for this reason. Child Emperor assumed it was because King is over the upper limit and Saitama is under the bottom limit. He even wonders how Saitama was able to make it to B class.

The threat level system definitely has its flaws. Mistakes are often made and those mistakes can lead to casualties.

It is a little easy to paint the Hero Association as incompetent because of this though. They are doing the best they can in a chaotic world, with the limited information they have. Things could always be better of course, and both the hero Association and Child Emperor acknowledge this. But technology is limited, heroes have their own agenda, association members are not all-knowing and sometimes even corrupt, monsters can be deceiving, etc.

The world of One-Punch Man is not very black and white and, in my opinion, that is one of the reasons the series is so good. It adds a sense of realism, which helps with the dispense of disbelief.

A lot of information listed in this article comes from extra chapters. These extra chapters are often added as extras when a volume is published. They are often missing from official chapter listings, so a lot of people miss them. Below are the links to the most important ones in regards to this article:

Learn More: Bearded Dragon Shedding: Everything You Need to Know